This is my first make from my recent indie sewing pattern haul. I chose the Lexi dress from Named.

I’ve been coveting Named sewing patterns for a little while already. I love their style, packaging, website, backstory… Basically everything! If I ever get round to producing my own patterns they’d be brand I’d aspire to.

So back to the dress. It’s quite a simple A-line dress with small pleats on the front and back skirt with sleeves. It also comes with a top with a wide 3/4 length sleeve variation. I bought the paper pattern from here as opposed to the pdf version. (I didn’t fancy having to put it all together). The packaging is beautiful, just as expected and the pattern is printed on proper paper which is nice. 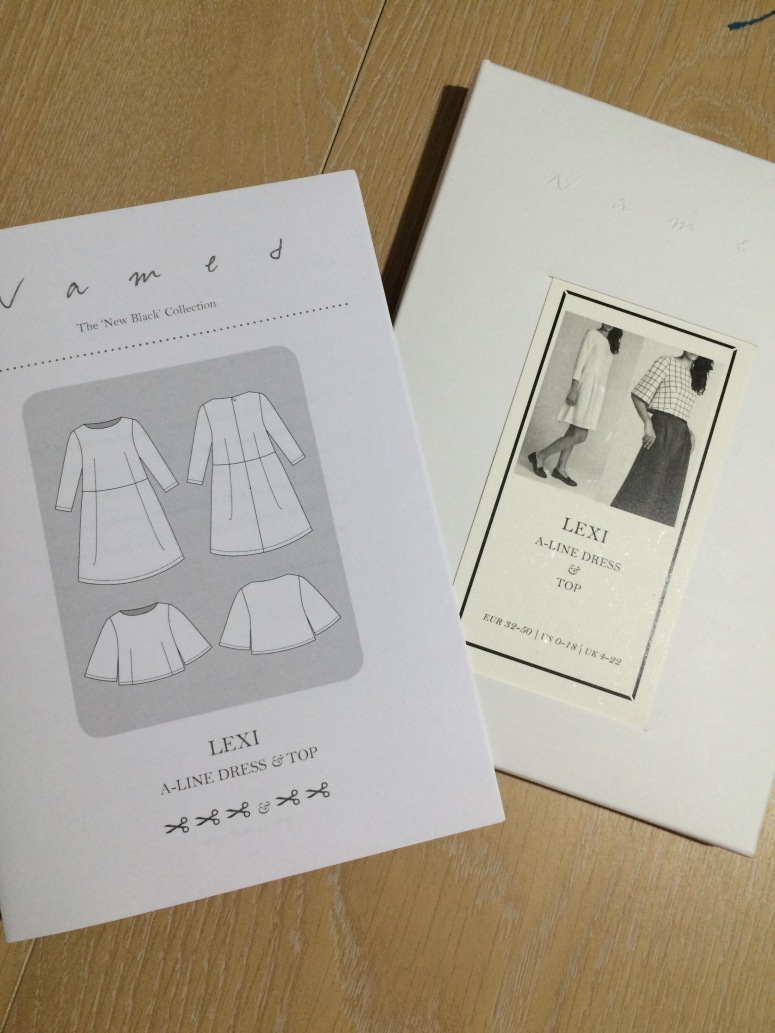 I’ve got 2 grumbles about it though. Firstly the pattern is printed so pieces are overlapping so there’s a lot of faffing about when tracing the pattern getting everything to match up. I normally trace out patterns instead of cutting them so this wasn’t too much extra work but if you’re not in the habit of doing that this will seem like a big chore! The second thing is that seam allowances are not included. I did know this beforehand but didn’t factor in how much of an annoyance it would be. It’s fully acceptable for patterns I draft myself to need allowances added and all but when I’m paying quite a lot for the pattern it’s just polite to have them added in already… 😠

I chose to make it out this awesome bicycle print jersey I bought from Walthamstow market. It’s not one of the recommended fabrics for the dress – they advise using non stretch or a slight stretch light to medium weight fabric (their sample is a wool crepe)- but I thought I’d take a risk with this one!

This is the result! 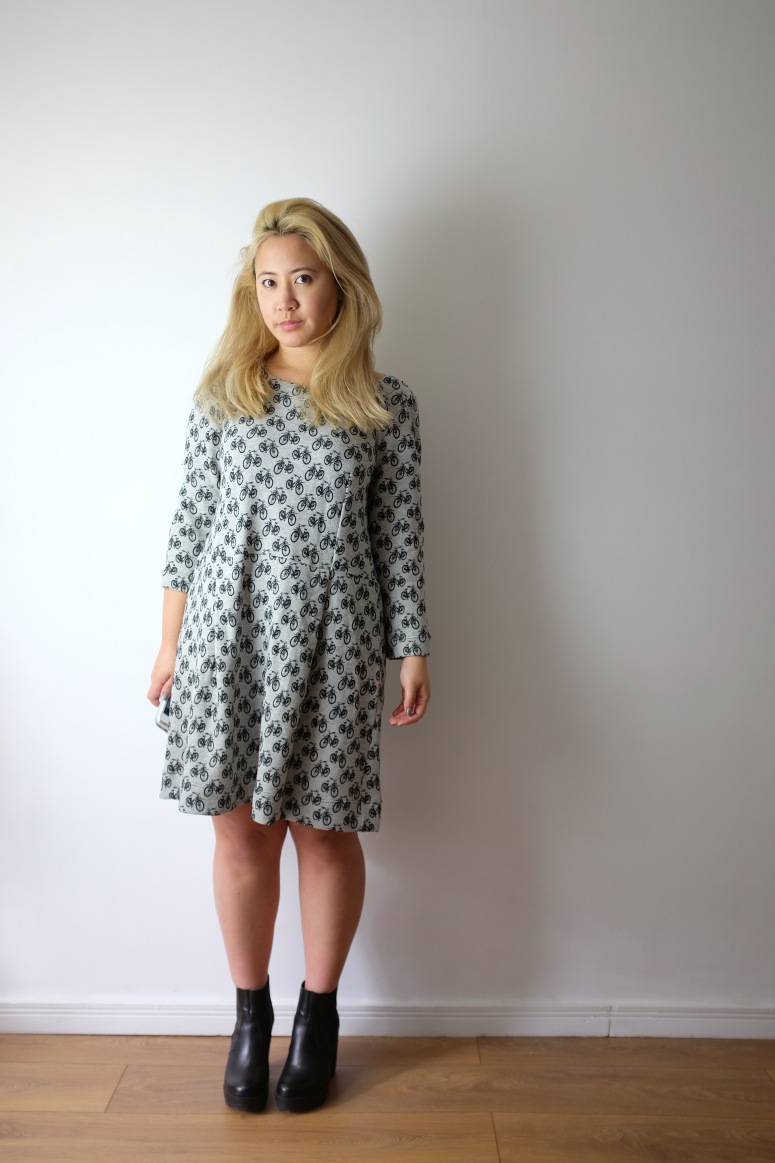 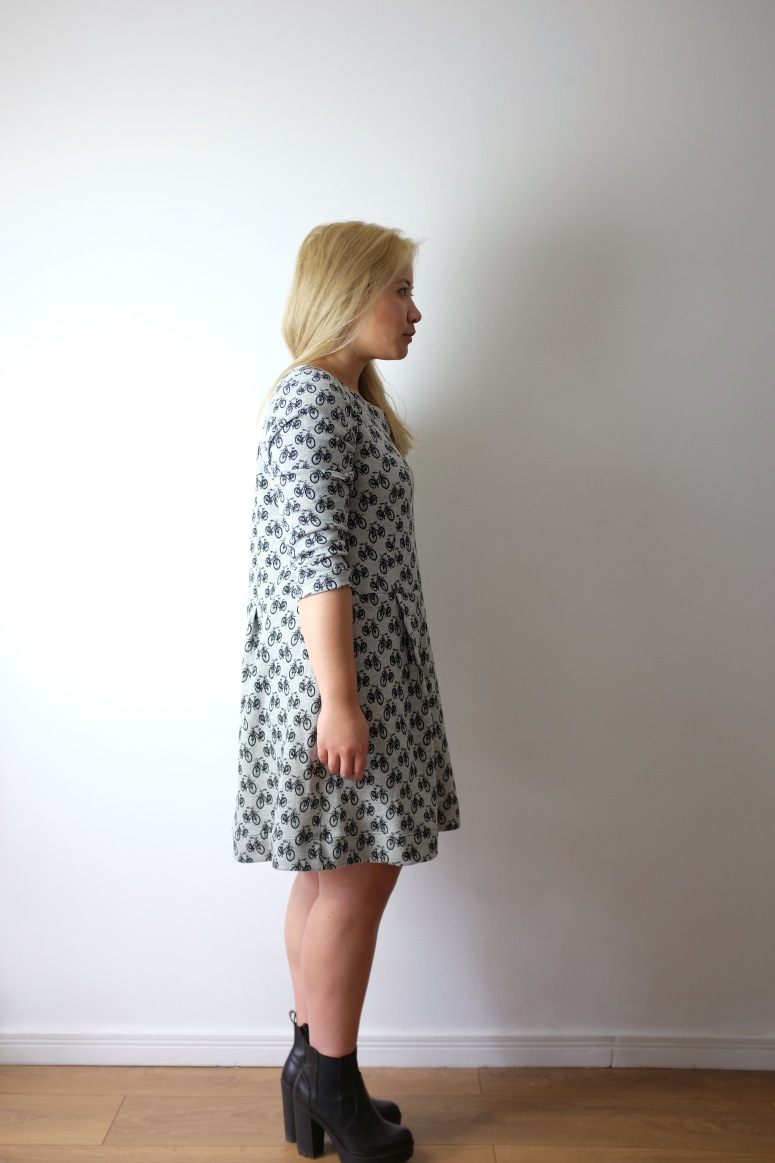 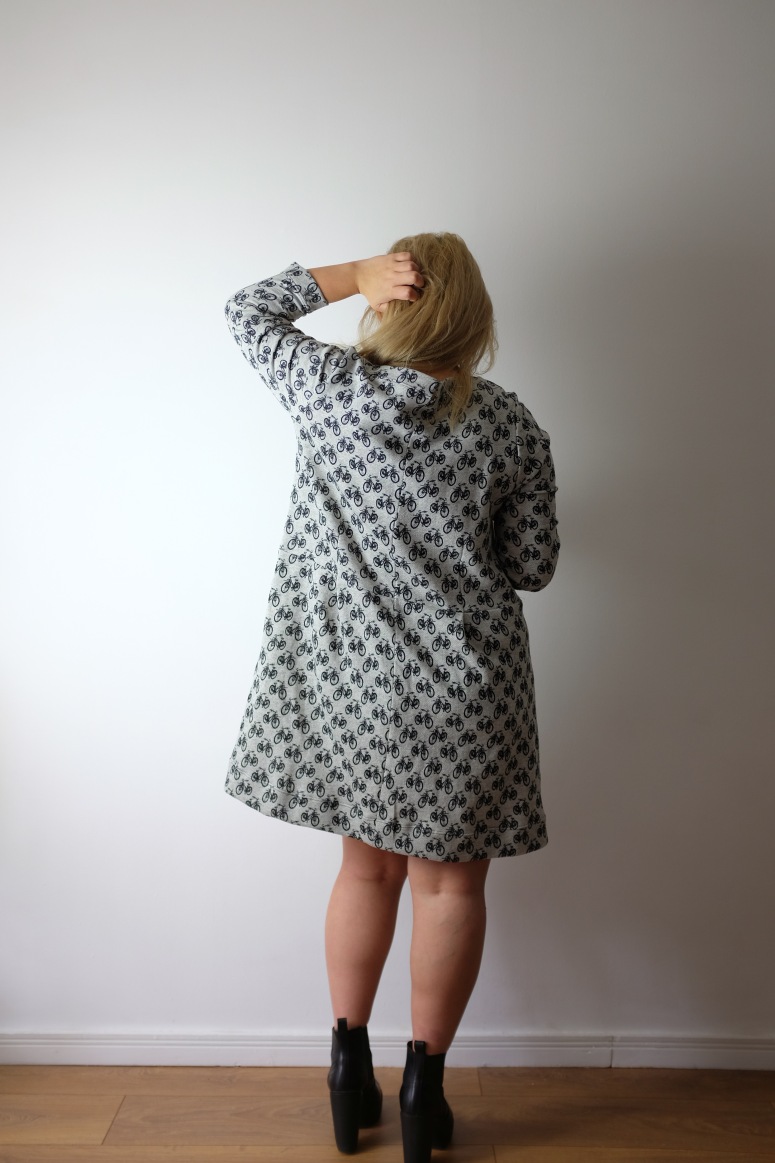 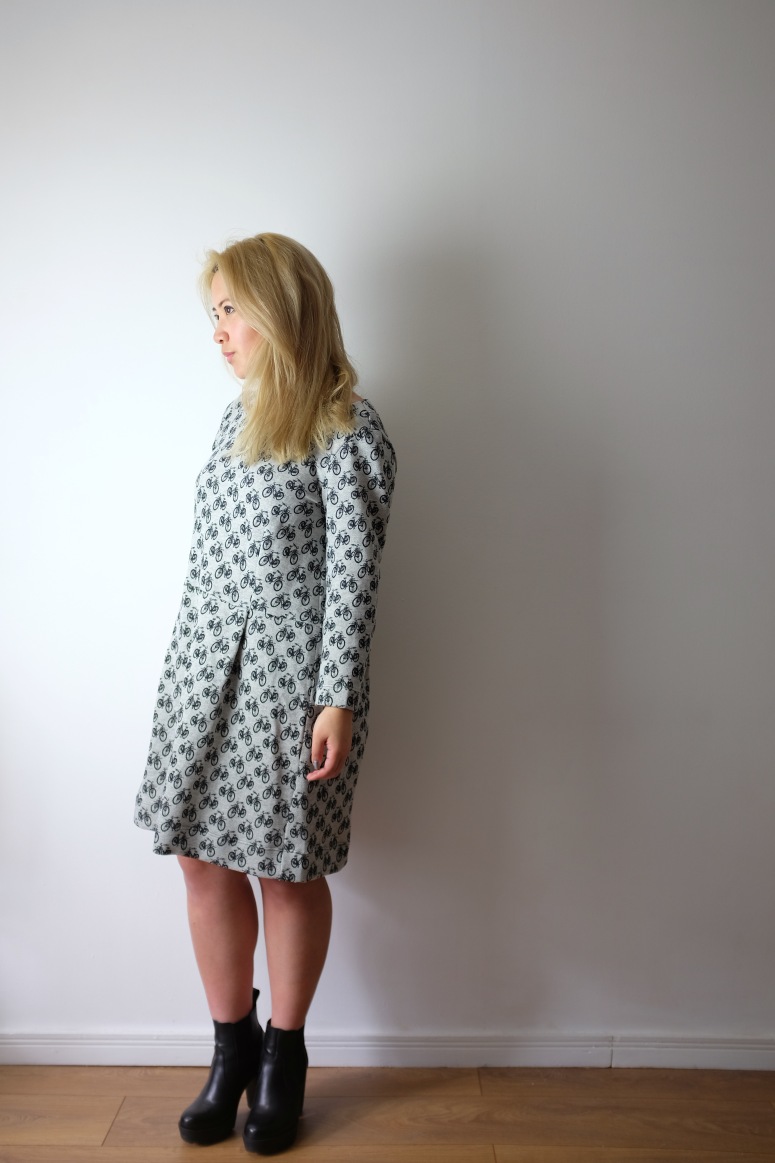 Um, not really my style in retrospect… It’s nice as a casual dress for lounging out the house but could also perhaps be mistaken as maternity wear. Not necessarily the look I was going for!

I had a few issues when sewing up. The jersey was perhaps not the best choice after all. It stretched a bit and I had to spend some time steaming and pressing out the seams and hems to get things back into shape. I had to take out an extra 2 inches at the waist to make it look okay. I hadn’t expected the waist to come so low – I always underestimate how much of a difference in height there is between me and their “customer”! This dress was clearly designed for someone much taller than me! I also chose not to put in a zip. I didn’t see the point to be honest. I could see as I was making the garment that there’d be plenty of ease to just be able to pull it over my (big) head! The facing and hems were stitched down with a twin needle.

So overall, I don’t hate it completely. I think it fits as it should and would be comfortable to wear. I think it’s one of those dresses that if I saw it in store, I’d love it, try it on, realise it’s not for me and return it…

I might try making it again in one of their recommended fabric choices (and maybe a size smaller) to see if it hangs differently. I don’t want to give up on it just yet!

A hacked Burda 6829: the most awesome party dress ever

This site uses Akismet to reduce spam. Learn how your comment data is processed.

I'm Emily, a self confessed sewing addict and fabric hoarder. I love designing and making clothes, pattern hacking and rambling on about fabric. This blog is all about sharing my love for sewing and all things crafty!